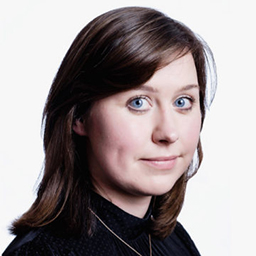 Event Cinema Association executive director Grainne Peat celebrated her first year in that role when the association convened in Amsterdam earlier this month for its annual convention. It has been a busy year for the association and for Peat who has implemented many changes. I recently spoke with her to talk about all that has happened in the past eleven months. Peat says one of her key challenges going forward is to better define what event cinema actually is. But first, we discussed the association’s new website.

Digital Cinema Report: The ECA recently launched a new website. Talk about the decision to do that and what changes you’ve incorporated into the new site.

Grainne Peat: An organization’s website is its key communication tool. Having a platform that we could access and update regularly with current information was vital. The opportunity to rebuild the entire site felt like a sensible approach to solidify the new offerings of the Event Cinema Association.

Much of the information on the site was out of date and feedback suggested that the site was hard to navigate. We’ve introduced a new range of content, including a clear message about who we are and how you can benefit from being part of the ECA. It has been developed to showcase our core values of how we intend to help better promote event cinema.

In terms of design, we wanted something simple but intuitive and consistent. We have added in new features to share box office performance and event cinema content. We are actively asking colleagues to submit information for us to share on the website and help build a content rich site. We want the new site to be an engaging website to share news and performance on event cinema from around the world.

Digital Cinema Report: That’s not the only changes you’ve instituted since becoming ECA’s executive director. Of the others, which ones stand out the most for you?

Grainne Peat: One of the first things we established was a clearer offering of what the association plans to do and offer members. Having a defined strategy and a clear set of objectives to be measured on was vitally important to help galvanize and drive membership. Along with this, came revising the membership fees. Having a lower (and transparent) fee for all, to ensure cost wasn’t a barrier was needed.

Our growing presence at industry events, most notably CineEurope this year, has been a key driver of our evolving success. Event cinema should play a role in these events and discussions, it is a growing area of cinema programming and one that is finding news way to reach new audiences, of all ages. Equally ensuring we have some kind of visibility at all the key events comes with its challenges, but we have a hugely supportive community that are keen to help.

Providing data, resources and content to help better promote event cinema has been another key focus of the ECA. The annual report was a huge step forward in the ability and importance to collate and share data and trends for event cinema.

The ECA’s annual report demonstrates that there are a lot of inconsistencies around how event cinema is segmented and reported. While there is a lot that can be refined for future publications, it was a valuable and welcomed fact-finding mission to pull together box office admissions from more than ten different territories (including the US, Canada, Australia, Russia, France and the Netherlands) and include a range of insight reports from content providers, vendors and cinemas from around the world.

The ECA conference in Amsterdam next month will start to unpick and discuss what data is most important and what can be done to improve how this is recorded and shared. This will lead to a wider discussion around the need for a universal (and agreed) categorization of event cinema to help get better transparency of event cinema performance.

There is no doubt that event cinema has evolved and is mainly defined by content and/or by methodology of release. But even within these categorizations, it is not always clear what is considered to be event cinema content. This is a much a needed discussion that the ECA is best placed to steer and develop.

In the long term it will help us to provide more meaningful and accurate data insights around event cinema performance.

Digital Cinema Summit (DCS) is a half-day conference produced by Integrated Systems Events in association with Digital Cinema Report. DCS explores how advances in digital cinema technology are transforming not just how movie theatres around the world operate but the kinds of content they can offer to their customers. It is being held on 12 February 2020 at the Hotel Okura during Integrated Systems Europe (ISE), the world’s largest exhibition for professional AV and systems integration (11-14 February 2020, RAI Amsterdam).

SUPPORT GROUP FORMED FOR WOMEN IN EXHIBITION
Scroll to top